These were amazing experiences in which we were able to harvest mature bears and share the adventure with viewers.

With the relaunch of the full Ontario Spring Bear Hunt in 2016, we are able to offer even more bear hunting opportunities. Olive the Lake has bear stands in Management MWU40 and MWU41. Olive the Lake maintains over 20 baits to provide ample stands for each hunter. Don’t miss your chance… The spring bear hunt is NOW open to Ontario Residents and non Residents. If you are a US citizen who would like to take part in the spring or fall bear hunt please contact us at Olive the Lake for more information.

Full payment for Spring hunt due on April 5th

Full payment for Fall hunt due on July 15th

Please educate yourself on the MNR regulations.

The black bear (Ursus americanus) is the smallest and most widely distributed of the North American bears. Adults typically weigh 100 to 400 pounds (45 to 182 kg) and measure from 4 to 6 feet (120 to 180 cm) long. Some adult males attain weights of over 600 pounds (270 kg). They are massive and strongly built animals. Black bears east of the Mississippi are predominantly black, but in the Rocky Mountains and westward various shades of brown, cinnamon, and even blond are common. The head is moderately sized with a straight profile and tapering nose. The ears are relatively small, rounded, and erect. The tail is short (3 to 6 inches [8 to 15 cm]) and inconspicuous. Each foot has five curved claws about 1 inch (2.5 cm) long that are non-retractable. Bears walk with a shuffling gait, but can be quite agile and when necessary. For short distances, they can run up to 35 miles per hour (56 km/hr). They are quite adept at climbing trees and are good swimmers.

Black bears frequent heavily forested areas, including large swamps and mountainous regions. Mixed hardwood forests interspersed with streams and swamps are typical habitats. Highest growth rates are achieved in eastern deciduous forests where there is an abundance and variety of foods. Black bears depend on forests for their seasonal and yearly requirements of food, water, cover, and space. Black bears are omnivorous, foraging on a wide variety of plants and animals. Their diet is typically determined by the seasonal availability of food. Typical foods include grasses, berries, nuts, tubers, wood fiber, insects, small mammals, eggs, carrion, and garbage. Food shortages occur occasionally in northern bear ranges when summer and fall mast crops (berries and nuts) fail. During such years, bears become bolder and travel more widely in their search for food. Human encounters with bears are more frequent during such years, as are complaints of crop damage and livestock losses.

Back bears are powerful animals that have few natural enemies. Despite their strength and dominant position, they are remarkably tolerant of humans. Interactions between people and black bears are usually benign. When surprised or protecting cubs, a black bear will threaten the intruder by laying back its ears, uttering a series of huffs, chopping its jaws, and stamping its feet. This may be followed by a charge, but in most instances it is only a bluff, as the bear will advance only a few yards before stopping. There are very few cases where a black bear has charged and attacked a human. Usually people are unaware that bears are even in the vicinity.

Check out the pictures 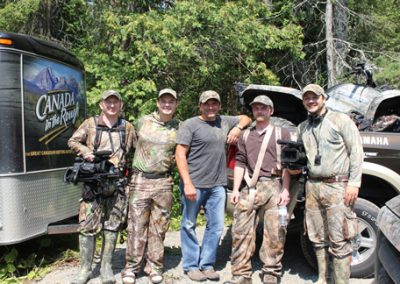 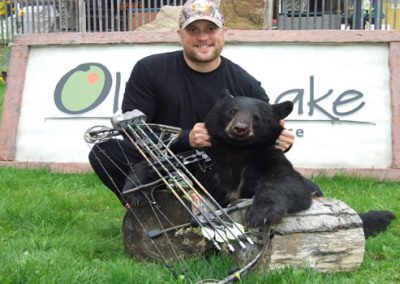 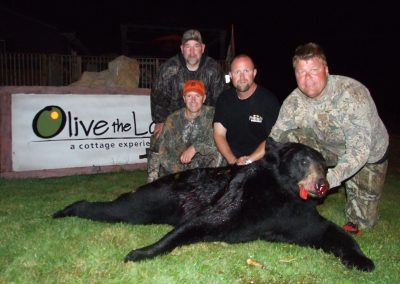